Hey guys, it's crass commercialism time again! (Yayyyyy!) And by that, of course, I mean that the first expansion for TVRPS, TVRPS Superheroes, is now available. For less than a dollar you get over 20 superpowers, new skills, new weaknesses, and new rules and it all fits on one sheet of paper. Not only that but you get more fabulous layout work by the great +Gray Pawn. Now, of course you'll need the original game to play, but if you don't already have it you can also pick it up for only a buck. Such a deal!

Ladies and gentlemen, boys and girls, children of all ages, Dreams of Deirdre finally presents the Live Action Role Playing System. Over 12 years in the making, this book contains everything you need for running everything from single shot convention LARPs to ongoing street LARPs. All the rules, hundreds of cards, a complete single shot LARP (Mansion on the Hill), a brand new modern fantasy setting called Chrysalis, and tons more. You can read all about it on our completely redesigned and updated website (http://dreamsofdeirdre.org/).

Thank you all for your support and attendance over the years. Without you all, this book would not have been possible.

I honestly don't know what to think about the fact that I took this quiz on whether or not I'd be a good 50's housewife and I got 9 out of 10. Answering honestly (although I did replace "husband" with "wife"). I think the one thing I can say is that I'm glad

random_girl doesn't listen to the cattle reports on the radio. Oh, also that some women in the 50's were confused as to whether or not they were harpies.

For those who haven't seen it yet, "Jersey Shore" Gone Wilde:

This was the view out my window earlier today... 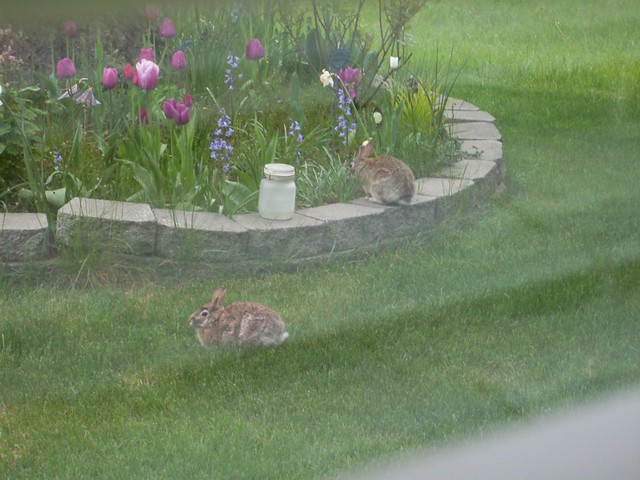 So, a belated happy Easter then.

Apparently, the fees for being a craft distiller have gone way down. From the WSLCB website:


I'd say that now I know what I want for my birthday, but I think I need to get that workshop first. I have gotten out my photocopy of the 1935 edition of the Chemistry and Technology of Wines and Liquors, though.

If it wasn't for hackers, they wouldn't have had to lock Windows Phone 7 down so tightly and I could do something as simple and obvious as find all the files in a directory with a given extension. As it is, WP7 won't even admit that there are directories outside of isolated storage, it won't accept that anyone would ever want to access this so-called data, and unless you get a note from Bill Gates himself that you are a trustworthy kind of guy, it claims that the whole idea of "files" is a conspiracy created by the Freemasons.

And this is how annoyed I am on a full stomach.

I haven't posted much about my bead making lately, and there's a couple of reasons for that. The first is that I went into a slump recently where I wasn't making very much. Having to be outside in a cold wet winter will do that to you. Also, when I finally got around to making things, it tended to be with some of the new silvered glasses that I've recently gotten which tend to be a bit tricky to photograph. Also, there hasn't been much sunny weather to photograph this stuff in.

Anyway, I finally got around to photographing a couple of things for our Etsy store. ( Collapse )
The focal bead there didn't turn out like I had originally planned, but I rather like the way it did turn out. Very '50s sci-fi cover. The set of tiny beads actually came out much better than I expected. It's nice to see that I can still make fairly even beads even on such a small scale.

I'll go through my new beads and see what I can photograph and put up next time it gets sunny. The pricing on Etsy still drives me mad, but we've got a pretty good following there.
Collapse